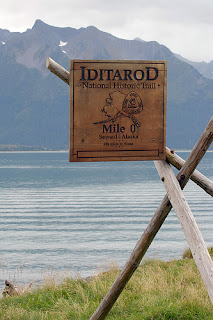 Rodney Whaley will compete in this year's Iditarod. WTVF in Nashville has the story:

Whaley, the 56-year-old National Guardsman from Franklin will run 16 sled dogs on March 1, 2008, the first day of the Iditarod. The Iditarod starts in Anchorage, and the mushers will be on the trail from 10-17 days with only their dogs.

The Iditarod is considered by many to be the most grueling and demanding individual sporting event in the world today. Musher battle the fierce elements along the dangerous route with only their dogs by their side.

Wikipedia has an article on the Iditarod here. Here's the official profile of Whaley at iditarod.com. He has his own website here, which tells that he's the first Tennessean in the history of the race to compete.

VolunteerTV.com has an update.
Posted by Divers and Sundry at 5:44 AM