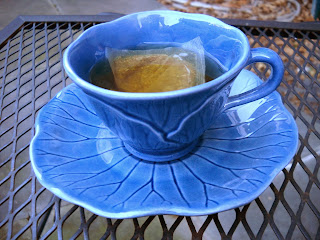 This may be my least favorite day of the year. I truly do hate April Fools' Day! I grew up dreading it not because of the tricks the kids at school would play (I mean how upset can you get over, "Your slip is showing," "There's a spider on you," and such). No, I hated it because my mother took an odd glee in the day. And somehow I always fell for it.

One year she woke me up telling me my favorite cousins had come during the night and were sleeping in the living room. I was so excited! I rushed to the living room to the tune of laughter and "April Fool!"

Every year she got me.

Once after I married, in the days before cell phones, she called me to tell me she had tried to drive up to see us but had gotten lost on the way. At the time, we lived off of a road that was off of a rural 2-lane highway. We lived way out in the middle of nowhere, and getting lost out there would not have been hard to do. Mother said she had found a pay phone but had no idea where she was. Lost and confused, she said she had used her last coin to call me and didn't see any sign of people and no sign of civilization other than the pay phone she was using. I was headed out the door in tears to look for her before she finally said, "April Fool". She had never left her house.

I just never learned! I'm a bit slow on the uptake, ya think?

That was the year I told her I would never again see or talk to her in person or on the phone on that day. She was honestly dumbfounded -for her it was just funny little gags- but I had reached the point where I didn't want to play that game any more. I prefer jokes that we share. She had a good sense of humor, but on this type of joke we were definitely at odds.

One of the pacts The Husband and I made early on was No April Fool Jokes Of Any Kind. Call me a fuddy-duddy stick-in-the-mud if you will, but we still abide by it.

And so, on this day I offer you a soothing cup of chamomile tea and nothing else. No tricks, no jokes, no stress, no nothing except that soothing cuppa. I'm hiding from the jokesters today, Folks; and my tea and I are in a secure, undisclosed location. Shhhhh

Enjoy your beverage -with or without tricks as suits you best- in peace with Bleubeard and Elizabeth's T(ea) Tuesday linky.
Posted by Divers and Sundry at 4:30 AM