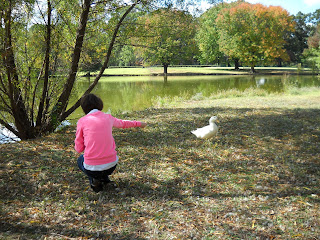 Last month The Daughter and I went to Audubon Park. This poor lonely duck was off by itself, separate from the large group of ducks and geese a little further down the bank. None of them were hungry for The Daughter's donut; bread was scattered all over the place, so they had had their fill.

The weather was warm and sunny, and the leaves had started to turn. We saw several turtles, and The Daughter took a picture of this one: 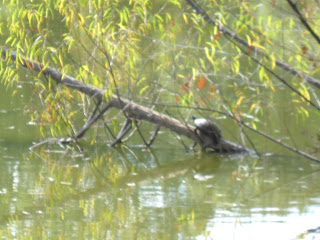 We had a lovely time. 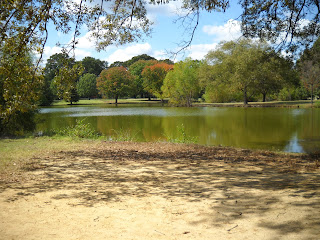 Afterwards I took The Daughter, The Elder Son and The Younger Son to the Belmont Grill for lunch, but I didn't take pictures of that. The food was great, though.
Posted by Divers and Sundry at 7:30 AM